A Town Council in England have outraged locals around the town by putting up new signs near the sea front which is causing quite a stir with the local towns people because of the signs being a disturbance of the view of the sea front. Also the HSE have had something to say about the  issue.

The Town Council has put up a new sign saying “Please don’t feed the gulls. In the interests of health and safety do not encourage these birds. they may look pretty but can be aggressive and can hurt people easily. Thank you for your co-operation”.

The panel at the Health and Safety Executive have all agreed that this is not a occupational safety and health issue, the council are taking the reasonable steps to deter the seagulls from coming towards people because of them avoiding to feed them which would be in the interest of public health and safety. The Seagulls can scavenge food from a number of sources which can present a public health risk and could turn to the birds becoming aggressive towards the public. The panel does not consider this notice to be an unreasonable use of the term “Health and Safety” because it did not imply there was any form of regulation in place.

The Council have done this to deter the Seagulls from coming to the sea front which will keep the public safer because of the seagulls not becoming aggressive over food. The council have taken the correct steps to keep the public safer which is what they are intending to do but have just worded it wrong because they haven’t implied that their is any form of regulation is in place for them not to be able to feed the Seagulls. 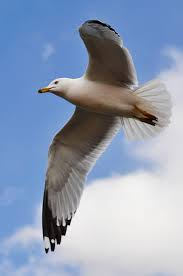 Seagulls flying around near the coast are causing havoc to local tourists.