Below is our entire course list for February until July 2018.

If you would like to enquire about any bespoke training we could offer for you or your organisation then give us a call to discuss further options.

Please find below our course list for January until March 2018.

If you would like to book onto any of these courses please don’t hesitate to contact us. 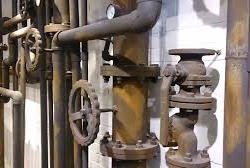 A waste recycling company has been sentenced after one of their workers received severe burns to his upper body and face.

The company operates out of Stockton-on-Tees and it processes waste and turns it into energy by burning it.

Teeside Crown Court heard how the worker was injured in 2014 when he was seriously scalded by hot ash at water.

Following a blockage on one of its lines the injured person opened two hatches on a chute which takes the burnt waste away. He used a metal pole to dislodge the blockage. In doing so the waste dropped into a pit filled with water and a plume of hot ash and steam erupted from the hatches causing severe burns to his upper body and face as he turned to escape. read more 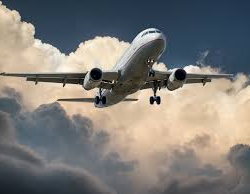 A passenger air transport firm has been fined after an employee suffered brain damage after being crushed by hangar doors.

A Crown Court in London heard how an employee of the company was injured whilst she was opening the doors of the Hangar 219 at Luton Airport to move aircraft inside. On moving one of the doors the employee became trapped causing crushing injuries resulting in severe brain damage.

An investigation by the Health and Safety Executive (HSE) into the incident which occurred on 28 April 2015 found that the company failed to conduct an adequate planning or provide adequate training and written instructions. read more

A cable manufacturing company has been sentenced for safety breaches after one of their workers suffered the loss of his left little finger.

Magistrates in Sunderland heard that in September 2015 during the cable making process the injured worker put his left hand into the unguarded machine. His hand came into contact with dangerous parts of machinery, as a result of this he lost one finger and received serious lacerations to the other things on his left hand.

A Health and Safety Executive (HSE) investigation found there was no guarding in place to prevent access to the dangerous part of the machinery. read more 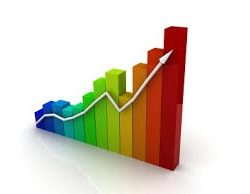 The Health and Safety Executive (HSE) has today released its annual figures for work-related fatalities, as well as the number of people known to have died from the asbestos-related cancer, mesothelioma, in 2015.

The provisional annual data for work-related fatal accidents revealed that 137 workers were fatally injured between April 2016 and March 2017 (a rate of 0.43 per 100,000 workers), the second lowest year on record.

There has been a long-term downward trend in the number of fatal injuries to workers – they have halved over the last 20 years – although in recent years the trend shows signs of leveling. read more

A construction company in the north has been fined after a worker suffered facial injuries from a crowbar.

A company was assigned for a 47-bedroom extension. However, during the installation of the concrete floor slabs a worker was hit in the jaw by a crowbar when it became trapped between two of the slabs. As a result of this he suffered a head injury which included lacerations to the head and jaw and dislocated teeth.

An investigation was held by the Health and Safety Executive (HSE) into the incident which occurred in December 2014. The investigation found that the company had failed to adequately plan and manage the installation of the two floor slabs. read more

A concrete company has been fined after a worker had suffered head injuries.

The magistrates court heard how an employee of the company had suffered head injuries when preparing to clean a concrete mixer.

This involved operators lying in the mixer to clean the discharge chute door, which discharges the mixed concrete into “hoppers” below. The lid was winched open and a steel prop inserted into the lid to “prop” it open. read more

Two companies were fined £815,000 after a worker who was a father to be was crushed to death by a refuse collection vehicle.

Both of the companies pleaded guilty and were sentenced at crown court, after an investigation by the Health and Safety Executive (HSE).

The court heard that on 17 May 2014, during a refurbishment task an operative using the controls within the refuse collection vehicle’s cab closed the tailgate on the worker who was at the rear of the vehicle which resulted in fatally crushing him to death. read more